What a roller coaster ride 2021 has been for cryptocurrency! There were twists and turns which no one saw coming and yet many investors benefited from. Communities of all cryptocurrencies have increased and supporters have started rallying for their own beliefs and the media has played a major role in the rise and fall of currencies.

Let us take a look at what the crypto economy will be facing in 2022.

The disappearance of more coins that failed to take off

There were a lot of coins that gained sudden popularity and their price shot up. However, once the hype was done, the coins vanished without a trace. More such coins are likely to fall through the gaps while the crypto giants continue to lead. There were few coins that were started as a joke or as an ode to TV shows, which had no real use or scalability. With more cryptocurrencies making their potential applications a reality, the competition is stiff and there is no place for cryptocurrencies that have no real use. On the other hand, established cryptocurrencies like Litecoin will enjoy a position of power. LTC to INR value is expected to attain new heights in 2022.

There are a couple of cryptocurrencies that started as a joke but evolved into something more meaningful over time. These would never have been so popular or widely used if not for businessmen, billionaires, and celebrities supporting them. The social media coverage spread awareness which led to an increase in the trading volume and which in turn resulted in the value being shot up. The constant chatter about cryptocurrency online affects the price and shall continue to do so. Over-the-top announcements, as well as big displays, will continue to affect the value of assets and meddle with the perspective of people who are new to this world.

Much awaited Ethereum 2.0 will finally be launched

The proof-of-work to proof-of-stake transition has been in the works for years and the same will happen in 2022. This means the network will be vulnerable and it will be risky but the bigger transitions might not happen till 2023. Ethereum is planning to introduce sharding in 2023. However, the transitions will not affect the transaction fees on Ethereum.

Regulations and laws by the government

India has been on the cusp of regulating the usage and trading of cryptocurrency for the past year. This year the laws may be cemented and strict rules will be implemented. So far, it is clear that the government has no intention of stopping the citizens from taking advantage of this new avenue for making profits. However, the incorporation of cryptocurrency in taxes and declaring it as a source of income will be looked into seriously.

U.S. regulators have been working on stablecoins for a while now. Stablecoins are seen as a way to monetize treasuries. Tether is expected to boom next year and most investors are predicting an upward slope for tether in the next 5 years. USDT to INR price is expected to rise in the next year. However, it has stiff competition from USD coins which have decided to join the lending wave.

More businesses and nations will be receptive to cryptocurrency

A lot of financial institutions have opened their arms and embraced cryptocurrency. Most nations have followed suit and are working on regulating these. A lot of businesses are already accepting cryptocurrency as payment and the number is expected to rise exponentially next year. As more people are starting to see the benefits of crypto, even the people who are not investors are making use of it for faster payments and hassle-free funds transfer. Along with this, the infrastructure required to accept payments in cryptocurrency shall become easier. Currently, the setup itself is complicated and expensive. This will result in a usage hike as well.

NFTs have changed the way the world views art. The digital masterpieces have been sold for sky-high prices and the best part is that the creator has complete control over his work. The empowerment of creators has made ownership of content much easier. This will be a huge factor in the coming year that will contribute to the success of blockchains that support content distribution.

Research predicts that we’ll see more bitcoin mining bans next year in countries because of the kind of resources the mining requires. Countries with low energy resources will have other priorities, while other energy-rich countries will continue to support and be an active part of the industry. It’s unfortunate that countries and their citizens will see restrictions on their involvement in Bitcoin, both for their sakes and as more distributed mining is better for the network.

But in the medium term, there are upsides here. The banning of mining in countries without sufficiently robust or sustainable electric grids will push more companies towards cleaner energy and finding solutions to these problems while reducing some of the environmental impacts that were pointed out by the world this year, mostly thanks to Tesla’s CEO Elon Musk.

The market of cryptocurrency has a firm footing in the future of the global economy. The graph of success for most cryptocurrencies remains to be seen in 2022. 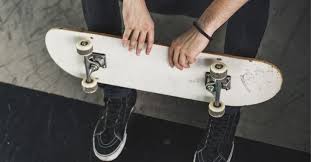 What Type of Skateboard Should I Get? 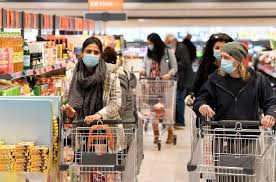 How late is the Closest Grocery Store Open? 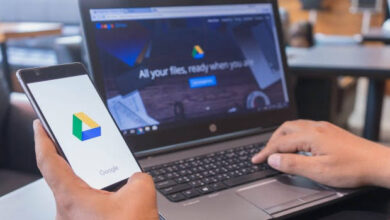 Why You Should Use Google Drive 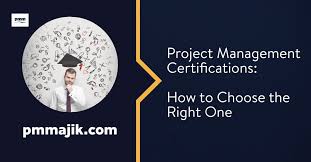 Project Management Certification – Which One to Choose?