The Land of Kangaroo – Australia is undoubtedly a traveler’s paradise. It is situated between the Pacific and the Indian Ocean. Australia’s size is almost the same as the USA’s. It is considered the world’s smallest continent and the largest island boasting exciting attractions, and some quirkiest wildlife. The Australia tour package is a complete bundle of interesting experiences including stunning rainforests, stunning beaches, coral reefs, national parks, scorching deserts, museums, and more.

When it comes to the best time to visit Australia, it depends on which corners you are planning to visit. Considering the size of Australia, climate and weather patterns are varied. In the Southern Hemisphere, the season is opposite to the Northern Hemisphere. So when the north is experiencing the winter season you can opt to explore the Southern region. But if you are planning to visit the popular sights then September to May are the best months to visit Australia. Most tourists opt for these months as the season in this period is not too hot and not too cold.

Australia being such a diverse country boasts rich cultural history. People in Australia are friendly, helpful, and welcoming. Australian people are always up for delicious food and drinks as most of the cities boast plenty of amazing food joints. So if you are ready for an exciting trip to Australia, don’t miss out on these stunning places to explore.

Gracing the list of UNESCO World Heritage Sites, the Sydney Opera House was planned by a Danish engineer named Jorn Utzon. He withdrew from the project midway due to technical and financial issues. Eventually, the construction was finished in 1973 exceeding the original budget by 10 times. Today you can take a guided tour of the Opera House, enjoy performances, dine at one of the restaurants, and more. The structure includes a concert hall, exhibition rooms, theatres, studios, and a cinema. The picturesque location of the Sydney Opera House is surrounded by water on three sides along with the Royal Botanical Garden on the south.

One of the biggest living structures on earth, the Incomparable Great Barrier Reef is visible from space extending for 2300 kilometers. The World Heritage-listed natural wonder is loved by divers, snorkelers, nature lovers, and more. The Great Barrier Marine Reef Park flaunts 3000 coral reefs, 600 mainland islands, 300 coral cays, and inshore mangrove islands. Famous for snorkeling and diving, it is home to 1600 species of tropical fishes, dolphins, turtles, rays, and more. You can cruise around the islands, take sightseeing flights, opt for day trips to islands, etc.

Located along the Opera House, Sydney Harbour Bridge is one of the most famous architectural icons in Australia. It is the largest steel arch bridge in the world which was completed in 1932. One of the top things to do in Sydney is a guided tour to the top of the bridge offering stunning views over the harbor. The bridge interfaces Sydney’s North shore to the central business area.

Bondi beach is one of the world’s most well-known beaches. It is a 15 minutes car ride from Sydney City, known for its beach culture. Travelers enjoy the golden sands, surf through the waves, take a dip in summer, etc. but it is very important to stay between the flags. As a lot of people surf here, Bondi beach boasts one of the oldest surf life-saving clubs in the world. One can experience some of the popular things to do in and around Bondi like taking a refreshing walk along the Bondi to Bronte coastal walk, trying some snacks and drinks as there are plenty of cafes and restaurants nearby, exploring the Sunday markets, etc. And right at the beach, there is an ocean pool where one can swim some laps. To witness the crazy side, you must visit Bondi beach during Christmas and New Year as a lot of tourists and local people gather here to celebrate.

Offering one of the world’s top scenic drives, The Great Ocean Road was built to generate employment during the depression. It stretches for 300 kilometers along the southeast coast starting from Torquay to Apollo bay and ending at Warrnambool. Great Ocean Road boasts some great attractions like the Twelve Apostles, Loch and George, Port Campbell National Park, London Bridge, and the Arch. You can enjoy a helicopter ride, offering fantastic views of the rock formations and the ocean. As you drive through the route you might as well come across Australia’s famous wildlife like Kangaroos and Emus.

The Blue Mountains National Park is definitely worth the title of UNESCO World Heritage Site. It is a paradise for hikers, an easy 81-kilometer drive from Sydney city. Here you will get to witness dramatic mountains, aboriginal rock paintings, waterfalls, and hiking trails. The most loved attraction in the Blue Mountains National Park is the view of the rock formations called the Three Sisters. Another fun experience to enjoy here is the Katoomba Scenic Railway ride on the world’s steepest route. It takes passengers down to the Jamison Valley and ancient rainforest. You can also enjoy the skyway, scenic cableway, and scenic walkway boasting stunning views of the dense forests. To experience some adventurous things to do in the Blue Mountain National Park you can opt for abseiling, hiking, rock climbing, mountain biking, and more.

Melbourne Cricket Ground, also known as MCG is the largest stadium in Australia and the world’s largest cricket stadium. It is located only 1 km from Melbourne City Centre. In the summer season, the stadium is used for cricket matches, and in winter the ground hosts Australian football, AFL which is also known as Aussie rules. Thousands of AFL fans show up every weekend to cheer for their favorite teams. To explore the entire stadium you can opt for a guided tour, explaining the behind-the-scenes of MCG. The guided tour includes exploring the Melbourne Cricket Club library, players changing rooms, the stadium’s inner sanctum, a walk on the arena, and more.

Australia Tourism offers exciting attractions promising unforgettable experiences. The above list of places to visit in Australia is a must-explore on any Australia tour package. Plan your holiday to Australia and check it off your bucket list.

5 Disorders That Cause Swallowing Problems 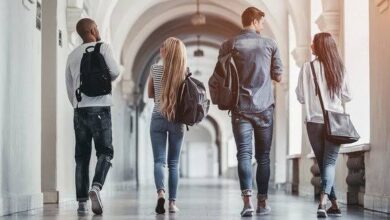 Who doesn’t want to fly? – But how do you choose the best academy for your dreams? 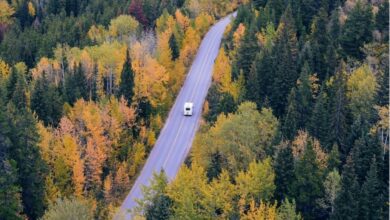 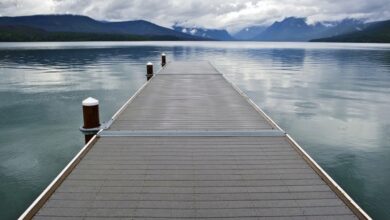 How is a Floating Dock Different From a Stationary Dock? 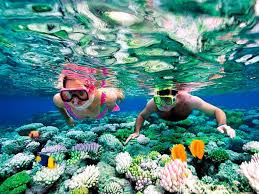 5 Best Things to Do in Andaman and Nicobar